← back to
Bad Omen Records
Get fresh music recommendations delivered to your inbox every Friday.
We've updated our Terms of Use. You can review the changes here. 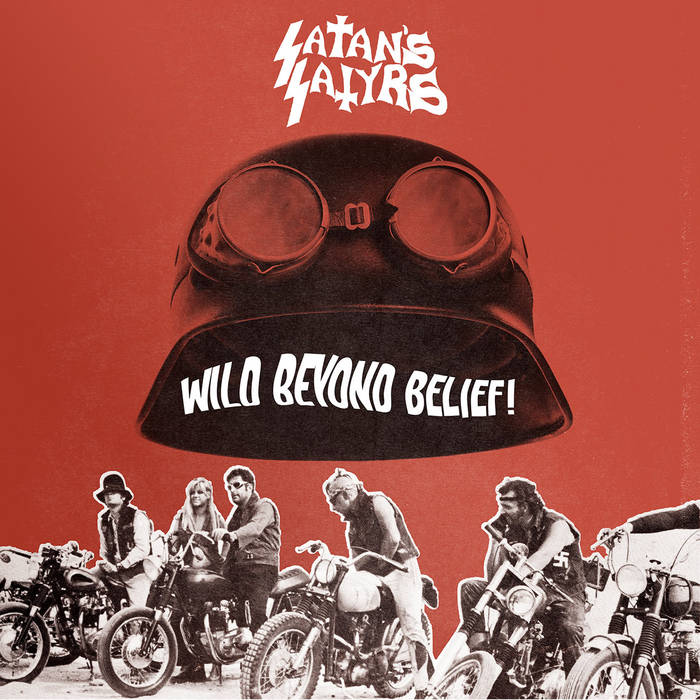 MindOverFour Raw and rowdy punky sludgy chaos. A modern reincarnation of Iggy and the Stooges. This gravel throated vocalist sounds a lot like guy from the Oakland band Mesmer. So much greatness and cojones here. Favorite track: Alucard.

The Goon I like that they don't seem the least bit concerned about going to hell. In fact, they may be looking forward to it.

From Herndon, Virginia, something wicked this way comes. Raised on riffs and cult VHS flicks, Satan’s Satyrs combine the super-fuzz garage sensibilities of Detroit in ’65 and the heaviness of contemporary doom, and through a series of ultra-limited singles and EPs have become one of the most talked up underground bands of recent years and now; following limited pressings on vinyl LP, Cassette & Compact Disc, their 2012 debut album 'Wild Beyond Belief!', a ripping deluge of blasphemous scuzz-rock workouts, will see it's first commercial UK / European release via the Bad Omen Records label this autumn.
First formed in 2009, during a summer spent immersed in horror movies, weed, sixties Rolling Stones, Black Flag, Electric Wizard, Black Sabbath and the first High Tide LP, the band has shifted from being a duo comprising bassist, vocalist & drummer Clayton "Claytanas" Burgess and a mysterious guitar player known only as The Ghoul, down to a one man unit solely comprising Clayton himself (who sang, played all the instruments and even handled the recording on 'Wild Beyond Belief') then back up to it's current power-trio status which is completed by drummer Stephen Fairchild and Jarrett Nettnin on guitar. It was this deadly three piece which took to the road in the US this summer, sharing the stage with everyone from Los Angeles' own scumdogs The Mentors to Cleveland, Ohio's filthiest export Midnight, as well as making the trip across the Atlantic to deliver two sets at the annual Roadburn Festival in Tilburg, where they were personally invited by Electric Wizard to play their Electric Acid Orgy and stuck around for a couple of days more to wow the assembled faithful once more with a full set of Blue Cheer covers.
Merging the riffing, the tone, the fuzz, and the cult-horror worship of the ultra-doom underground with the unbridled energy, lo-fi production, and fuck-you attitude of garage punk seems like such a natural fit that it’s impossible to believe that Satan’s Satyrs are the first band to accomplish it, but on 'Wild Beyond Belief!' the band have pulled it off almost flawlessly and deliver a refreshing blast of youthful energy in the staid wasteland of modern heavy metal.

Bandcamp Daily  your guide to the world of Bandcamp